An Interview with Lydia Peelle

Lydia Peelle’s debut story collection, Reasons for and Advantages of Breathing, was a New York Times Editors’ Choice book, a finalist for the Orion Book Award, and received an honorable mention for the 2010 PEN/Hemingway Award. Peelle is also the recipient of two Pushcart Prizes, an O. Henry Award, a 2009 National Book Foundation “5 under 35” honoree and a 2010 recipient of a Whiting Award.

Interviewer: There is a strong sense of place in many of your stories: often the setting itself feels like its own character. In your writing process, or in a story like “Sweethearts of the Rodeo,” which tends to come first? Characters or location? Or are the two often married together? 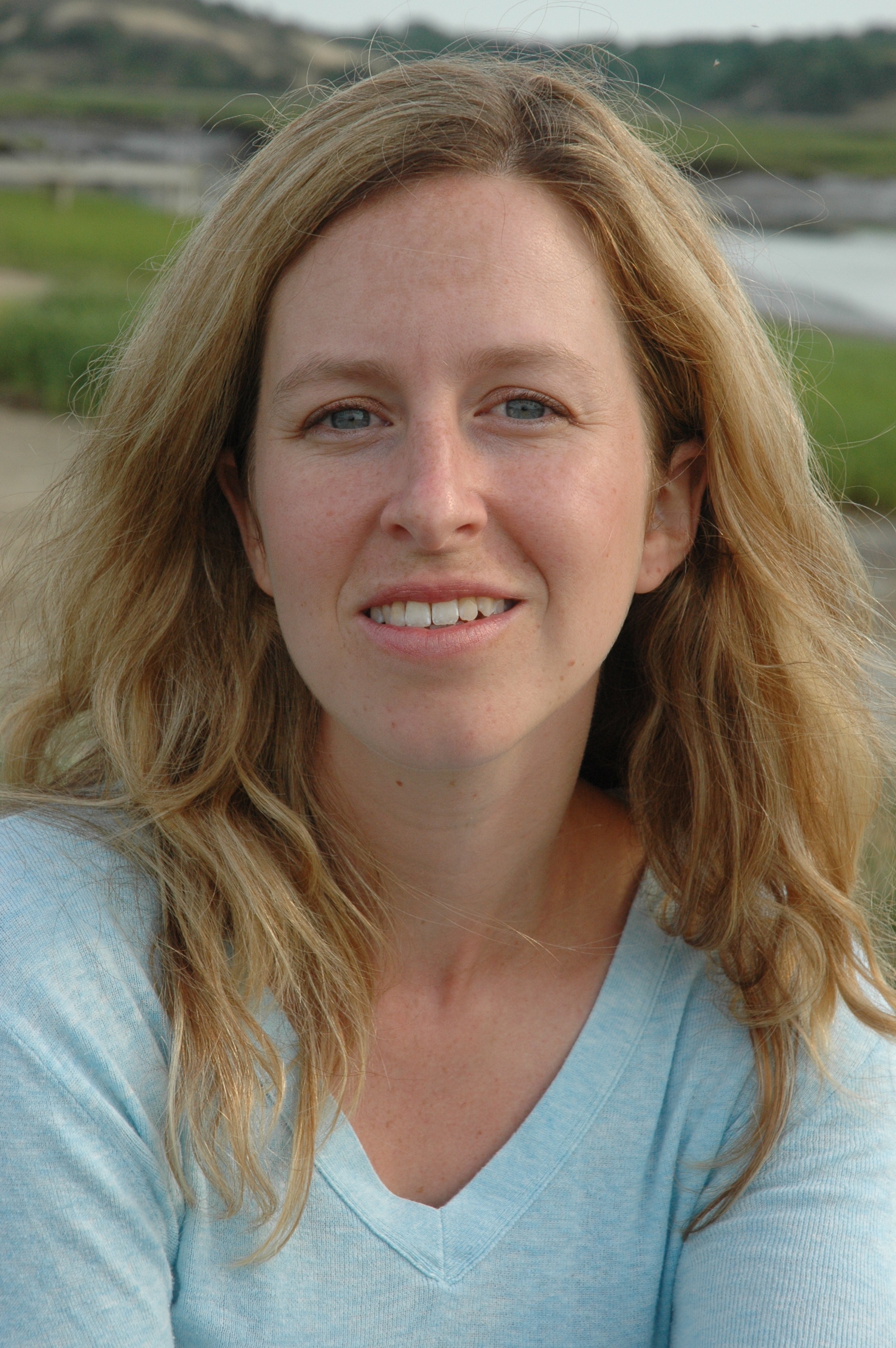 Peelle: In the beginning I always see at least one character moving through a landscape, but often for a long time it stays that way—just one character—before the story builds around him or her. But yes, for me the place is as important as anything else in the story. I’ve got to see it and know it before I can really move on with anything else. I think that our place—that is, the people and history, industry, altitude and architecture, flora and fauna, geology and sky of wherever we might happen to find ourselves on a particular morning—greatly influences what we do, the choices we make, the moods we fall in to—in both conscious and subconscious ways. I am interested in exploring that in my fiction.

Interviewer: Many of your stories focus on highly specific lives/tasks/functions in the world. I’m thinking of the carnival workers, the woman in “Kidding Season.” Do you do research when crafting your stories? Or do you typically write from your own experiences?

Peelle: I never did any specific research for any of the stories, instead drawing on limited knowledge based on past experiences, conversations, etc. One of the greatest things about writing is trying to enter these other lives—to imagine what it is to be a miner, or an acrobat, or a sixty-five year old divorced man—and though of course you can never be fully successful in that imagining, it’s an excellent form of daydreaming.

Interviewer: The characters in your stories are very different from one another, but what I think makes them so believable is their sense of frailty, of humanness and flaw. There is clearly so much concern and empathy for these people, but at the same time you don’t try to make them prettier than they are. How do your characters tend to reveal themselves to you? Your characters feel like they continue existing past the end of the story.

Peelle: It takes a long time, and a lot of pages, for characters to become fully real to me. In the case of Cole in “The Still Point,” who is a thirty-something year old man still haunted by his twin brother’s death when they were teenagers, I probably wrote four other stories about him to get to the one. I wrote a story about them as children, I wrote one about him and his mother shortly after the death of his twin, I wrote another of him in adulthood. Though “The Still Point” was the only one that actually got finished, it was probably number three in that lineup, chronologically.  I guess my philosophy would be that it is actually somewhat rare to hit upon a fictional character who really interests you as a writer. So, when the great blessing happens and you find him, why not stick with him for a while?

Interviewer: Have you ever had difficulty writing a character in so far as you had to let go because he/she wasn’t revealing his/herself? Have you ever scrapped a character because you didn’t want him/her around anymore?

Peelle: Sure, yes, all the time—characters, whole stories, whole novels have been scrapped. Scrapping is a good thing, I think, but you’ve got to be sort of reckless about it. You’ve got to light it on fire and throw it over the cliff, and know that it wasn’t all in vain, that it all will go into the compost of the next thing. To continue with the above, I really do think it’s rare to hit on a character who is really hot for you—who you think about even when you’re not writing. And that it takes lots of false starts and doors that open to nothing in order to find him.

Interviewer: Are there any characters you’ve written thus far that you feel need more life? That you’d be interested in continuing on with in a future story?

Peelle: I don’t know. I know that some of the characters in the stories feel decidedly closed to me—that I have wrestled and wrestled with them, and I’m certainly happy that they’re around, but I definitely wouldn’t want to run into them at a party or a bus stop. They’ve said all they have to say to me, and I to them.

Interviewer: You’re currently working on a novel. How does this process differ for you from writing short stories? Do you make use of an outline, write chronologically? Set goals or endpoints?

Peelle: Ah, outlines, chronology, goals and endpoints! Sometimes I feel like I’m reinventing the wheel every day. I’ll spend two weeks agonizing over something and then think, oh, I should just take some notes about what’s happening here, sketch it out, sort of like…an outline! It’s never a conscious decision to plan, but I always find it helps so much when I do it. I think I should tape a note above my desk, or get a tattoo on my wrist, that says “Plan It Out.”

Interviewer: As far as the decision to write in the first person versus the third person, what do you feel motivates this decision?

Peelle: My story “Kidding Season” started out in the first person, went through a dozen drafts, switched to the third person present tense, went through a dozen drafts, and then finally, just before publication, I rewrote it in the third person past tense. I agree with you that it is a great exercise to change the point of view, or the tense, that you’re working with. But give it time to cool before working on it again. Time is the greatest thing for a story. Put it away. Forget about it. Come back to it in a year. Now, if I could only follow my own advice. The tendency of course is to want to see it done. For the satisfaction of it and also because of the fear that the spark will go out. But if a story’s really got something, the spark won’t go out, even after years in a drawer.

Interviewer: Many professional writers seem to join academia—teaching at MFA programs and so forth. Have you ever considered teaching? When you were completing your MFA at University of Virginia, how did you find the experience of teaching and writing at the same time?

Peelle: I taught English, first at a high school and then to 5th, 6th, and 8th graders, in the years between college and graduate school. So I love teaching, and I also loved teaching a fiction writing course for undergraduates while at UVA. Being an English teacher was a wonderful learning experience, in so many ways. I had to really brush up on my grammar, for example, and got to re-read so many of the books that made me fall in love with literature when I was younger. And being with kids all day constantly challenges you to question your perceptions of the world, which is a good thing if you’re writing. But I was always so exhausted at the end of those school days that I could not even pick up a pen to write. Whenever I meet writers who also teach grade school or high school, I am utterly amazed by them and have the greatest respect for them. They seem to all get up at the most ungodly hour of the morning in order to write before school. It’s almost superhuman, what they do. I wasn’t able to do it.

Peelle: I didn’t start thinking about the shape of a collection until fairly late in the process. There are lots of stories that did not make it into the book, but only one story that I finished specifically because I knew the book needed it—“This is Not a Love Story.” I saw that story as a small keystone that would (at least for me) hold the rest of the stories together.

Interviewer: There is something very natural and primal about your stories, like an innate, unsympathetic forward momentum. I think it’s beautiful how even though there is this sort of unflinching collective portrayal of the world, we’re given this title Reasons of and Advantages of Breathing, which feels sort of hopeful. When you look at this collection do you feel like you are making an overall statement? Or rather, when you were compiling the stories to include did the connections feel natural? Was there ever a moment of, “Oh, I didn’t realize how connected my thoughts on existence were?”

Peelle: I think so much of the writing process is the startling discovery of the phenomenon you mention here—of just how connected one’s thoughts on existence are. Put another way, it always amazes me, when I look back at different things I’ve written, how predictable my patterns of thinking are—or maybe a better word is consistent. I think writing is a great act of self-discovery, in that sense, without meaning to sound too analytical or Freudian about it. It can be like waking up in the morning to find your bed covered with blueprints of your dreams.