An Interview with Beth Bachmann

Interviewer: As you were working on Temper, how did it begin to take shape as a collection?

Bachmann: I began writing the poem that became “First Mystery of My Sister” at Hopkins in 2001. Back then, I thought I could say everything I wanted about that in one poem, silly me. At Sewanee in 2004, Alan Shapiro and Mark Strand told me what I already knew: I had to go deeper. I came home and wrote “Paternoster” and after that, it was just years and years of writing. “Temper” was the last poem I wrote. It was fall 2007; I fed my 4-month old daughter and put her in the crib. Watching her sleep is like watching water, but the poem felt like poured gasoline. It felt good to finish.

Interviewer: Were there any pieces you began that you had to put away?

Bachmann: “Paternoster” was the hardest; it meant entering a place I didn’t want to go. I printed it and turned the page over. Something was let out.

Interviewer: Much of the power in Temper seems to come from what is left unsaid. What was your process? Was there a lot of deleting involved, or did the silence grow organically within the narrative?

Bachmann: There was no deleting. It’s funny I never thought of it that way–as erasure–though it makes sense that there might be.

The silence is in part a function of the distance needed to render the material. I wanted the sense of heightened space to hold. I was reading about interior design of elevators and still on my wall I have pictures of a paternoster lift, a couple of Cornell boxes and a Giotto missing the fourth wall. 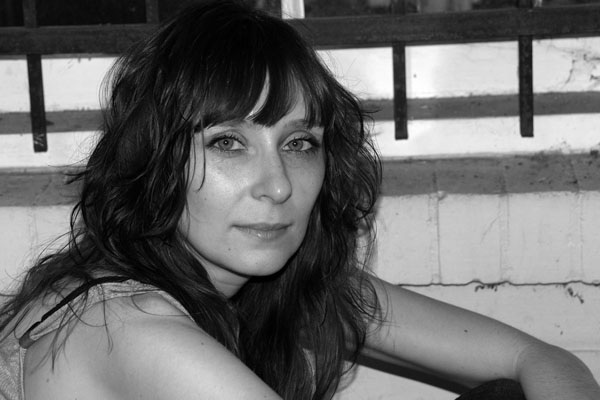 Interviewer: Many of your poems have this tension between the urgency of the material, the compressed lines, and the distilled lyrical voice. How do form and content interact as you shape a poem?

Bachmann: Hmmm, that’s hard to answer. I’m going to go with…simultaneously. It’s important not to say too much.

I don’t mean that as (entirely) coy. The silences are important, as places to dwell. Before Temper, Black Warrior Review published my chapbook Evasion. It’s one way of dealing with space, moving around it.

Let me try again, I wanted the approach to violence to be minimalist and realist.

Interviewer: Temper engages the reader on many different levels; it positions the reader as witness, confidante, voyeur, and accomplice. In “Mystery Ending with a Girl in a Field,” the speaker addresses the reader directly: “I know what you’re thinking. / Maybe he did maybe he didn’t.” How do you want your audience to respond to this material?

Bachmann: Hmmm, this is a big one. Writing it, I wanted the reader to feel held mercilessly under my heel. The violence was so important to me, the depiction of it, for a while I couldn’t imagine anyone wanting to read it. I knew I was abusing my reader and wondered how far he’d follow.

Accomplice was farther from my mind. I didn’t think about it clearly until Nick Flynn read the book and said he felt implicated; at first, I thought it was just his guilty conscience speaking, but then I thought about Wilfred Owen turning on the reader at “If…my friend…,” and that sense of implication, so, yes, in the end, witness, voyeur, confidante, and accomplice, too.

Interviewer: At a reading you gave in September, I was struck not only by how warmly and easily you engaged the audience, but by the candid way in which you addressed the material itself. How do you negotiate private and emotional terrain within the public landscape?

Bachmann: It’s funny how terror can appear warm and easy, isn’t it? In the poems, I had to go into the dark and stay there; in a reading, you can break for jokes.

Negotiation is the right word. It has to do, I think, with this practice in distance, when and how close.

Interviewer: How did your experience in the Johns Hopkins Writing Seminars influence your writing?

Bachmann: The workshops at Hopkins were a beating. They were great. Andrew Hudgins favored the question, so what? It’s such an important question for a poem, not just as a whole, but at every moment. And Hopkins’ training in form informed my eye and ear.

Since then, the Sewanee and Bread Loaf writers’ conferences both fed me: Alan and Mark pushed me into a place I was on the edge of entering and Michael Collier showed me that place wasn’t final. Now, I’m on my own and I’m not the kind of girl you mess with.

Interviewer: Which writers do you go back to for inspiration?

Bachmann: I was sitting in my office chair yesterday when I looked up and noticed a Carl Phillips book on every shelf. I’ll listen to Komunyakaa, Li-Young Lee, dog-ear the audio at Poetry Foundation.

Interviewer: What else inspires your creative process?

Bachmann: Netflix has added a line to my queue that says, based on your taste for dark foreign drama. I love Bergman’s use of noise.

Interviewer: Does location have any effect on your writing? Is there a difference for you between being a writer in Nashville as opposed to New York?

Bachmann: There’s a sign in my neighborhood that says, COYOTES IN AREA. SMALL PETS AT RISK. There is something to be said for imminent danger and the threat of dog-on-dog violence, things wild, things bred.

Interviewer: Is there anything essential to your writing practice?

Interviewer: What do you do when you experience “stuckness”?

Bachmann: I go outside with a book. It doesn’t take long before something reminds me of something else.

Interviewer: Besides being a poet, what are some other important aspects of your identity?

Interviewer: Temper ends with “Elegy,” which leaves the reader with these lines: “Lovesick, /  I flick a feather into the water. No stones. / Only the one in my pocket, heavy as a tongue.” I was deeply moved by this gesture, which seems to embody everything that could not be said, the feeling of being forced to reconcile with the unresolved, the speaker’s desire to communicate with the sister. Has writing this book helped to create a sense of closure or healing?

Closure? Something about the opening up feels good. But I’m not sure it’s a wholesome type of pleasure.

“Elegy” has, at its heart, Andrew Marvell’s “The Nymph Complaining for the Death of her Fawn”: “Oh, I cannot be / Unkind t’ a beast that loveth me.”