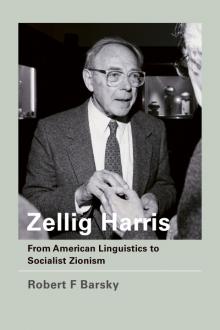 In this meticulously-researched biography, Robert Barsky casts a great deal more light upon Harris’s story.  Exploring his involvement in the Avukah student group in the 1930s and 40s, Barsky shows how Harris not only strove to advance the cause of socialist Zionism, but also shaped the destinies of several influential thinkers.  He also traces the course of the revolutionary programme of linguistic enquiry that Harris laid out, inspired by the example of theoretical physics, and how this ongoing work came to be regarded as eccentric by practitioners of the dominant contemporary research trends.