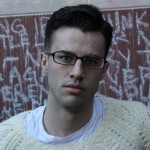 Dan King’s essay, “Fear and Trembling in ‘A Bitter Farce,’” provides an interpretation of a 1946 short story by the Jewish-American writer Delmore Schwartz through the lens of ideas propounded by the Danish philosopher Soren Kierkegaard.  The story, based on Schwartz’s own experiences during World War II, tells of the difficulty the central character, the teacher Shenandoah Fish, has in discussing racially sensitive issues with his students.  When faced with the dilemma of expressing his true feelings, which might alienate him from the members of his class, or of deflecting the situation, Fish finds that “his inner being was suddenly full of fear and trembling,” an allusion to Kierkegaard’s text of that title that King expands upon to explain the resulting events of the story.  Kierkegaard’s classic study is an examination of the Biblical Abraham’s motivations and actions when asked by God to sacrifice his beloved son, Isaac, and King asserts that the dilemma Fish faces, while certainly less severe, is of a similar kind – forcing him to make a leap of faith in breaking a social taboo.  At first Fish fails the test, refusing to take a clear position on the issue and thus losing both his “authority” with his students and his own sense of personal ethics, but King argues that the end of the story describes Fish’s later actions as being very much in line with the way in which Kierkegaard portrays Abraham’s.  By using the philosophical underpinnings referenced in the allusion, King provides an explanation of Schwartz’s text that allows the reader to see it in a new light, one that helps to explain several seeming paradoxes in the story.  In a well written and logically supported way, King enhances our understanding of the story that he is interpreting, as the best of literary criticism should do.