Judy Klass’s short play Ismene’s Press Conference, a re-imagining of Antigone by Sophocles, is in press at Brooklyn Publishers, which has already published two of her short plays as stand-alone scripts. Her short play Performance Art recently made the finals in the Act One Festival of the Secret Theatre in Long Island City, Queens: 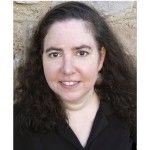 It will be published in the anthology of the best plays from the festival. Performance Art will have its second production with the Heartland Theatre Company in Normal, Illinoisin their 10-Minute Play Festival called The Art Gallery: