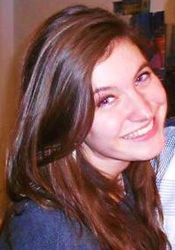 “T-Shirt Talk” will remain on display until the end of March.

A full write-up on the exhibit is available from the Yale Daily News.