Ari Joskowicz is a historian of modern Jewish and European history. He is especially interested in the interplay between Jewish history and transnational minority politics since the Enlightenment. His book The Modernity of Others: Jewish Anti-Catholicism in Germany and France (Stanford University Press, 2014) explores how German and French Jews in the long nineteenth century defined their own modernity and national belonging by criticizing the anti-modern politics of the Catholic Church. The book was a finalist for the Jordan Schnitzer Book Award (2015). His articles emerging from his interest in questions of religious polemics and secularism include: “Liberal Judaism and Confessional Politics of Difference in the German Kulturkampf” in the Leo Baeck Institute Yearbook (2005), “Heinrich Heine’s Transparent Masks: Denominational Politics and the Poetics of Emancipation in Nineteenth-Century Germany and France,” in the German Studies Review (2011), “The Priest, the Woman, and the Jewish Family: Gender and Conversion Fears in 1840s France,” in the Jewish Quarterly Review (2011), “Jewish Anticlericalism and the Making of Modern Jewish Politics in Late Enlightenment Prussia and France,” in Jewish Social Studies (2011), and “Selma the Jewish Seer: Female Prophecy and Bourgeois Religion in Nineteenth-Century Germany” in the Journal of Modern Jewish Studies (2014). He is also the co-editor of Secularism in Question: Jews and Judaism in Modern Times (University of Pennsylvania Press, 2015).

He recently started a new book, which traces the unlikely entanglement of the histories of Jews and Romanies (often referred to as Gypsies) throughout the twentieth century, focusing on Western and Central Europe as well as the United States and Israel. The aim of this project is twofold: First, he explores the encounters between Jews and Romanies in various camps and killing fields during the Holocaust. Second, he seeks to understand how survivors and historians have spoken about Romani and Jewish suffering during the Second World War in relational terms and to explore the paradoxes that arise when victims of related persecution tell stories next to, and after, each other. Two articles develop themes from this project: “Romani Refugees and the Postwar Order” (Journal of Contemporary History, 2016) and “Separate Suffering, Shared Archives: Jewish and Romani Histories of Nazi Persecution” (History & Memory, 2016). Ari has been awarded an American Council of Learned Societies (ACLS) 2016 Fellowship for his project Jews and Roma in the Shadow of Genocide.

His interest in the history of European minorities is also reflected in various other scholarly projects. He contributed to two EU studies on racism and antisemitism in contemporary Europe and translated G. C. Spivak’s essay “Can the Subaltern Speak?” into German together with Stefan Nowotny (Vienna, 2007). He has been awarded fellowships from the Franz Rosenzweig Minerva Research Center (Hebrew University, Jerusalem), the Lady Davis Fellowship Trust, the German Academic Exchange Service (DAAD), the Simon-Dubnow Institute (Leipzig), the Center for Advanced Judaic Studies at the University of Pennsylvania, the American Philosophical Society, and the United States Holocaust Memorial Museum.

At Vanderbilt, Professor Joskowicz teaches courses in modern European and Jewish history, including “The Holocaust,” “The Idea of Europe,” “Religion and Politics in Modern Europe,” “Perspectives on Modern Jewish History,” and “Conspiracy Theories and Rumors.”

Jewish History; Modern European History, with a focus on Germany and France; Minorities and Nationalism; Political and Intellectual History 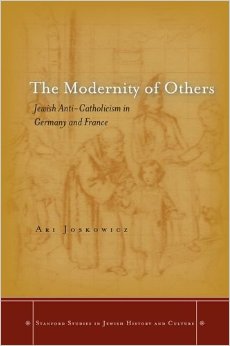 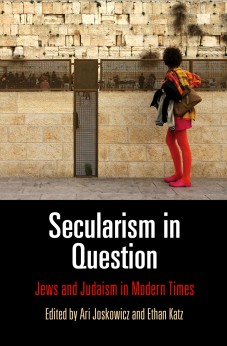