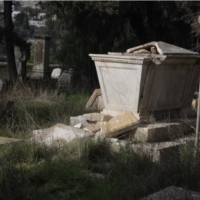 Professor Wasserstein has had another article – “Why desecrated graves in Jerusalem shouldn’t be dismissed” – published in the Religion & Ethics section of ABC. 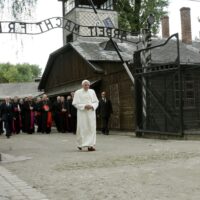 Check out this article by Prof Wasserstein published in the Religion & Ethics section of the Australian Broadcasting Corporation – The pope and the Jews: How are we to assess Benedict’s legacy? “While his supporters speak of Pope Benedict XVI… 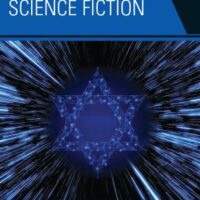 Please join us in congratulating faculty member Judy Klass on the her new article about Rod Serling called “The Twilight Zone as Jewish Science Fiction” which was published in Jews in Popular Science Fiction: Marginalized in the Mainstream 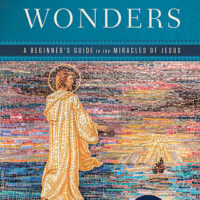 Join us in congratulating Amy-Jill Levine, previously a faculty member within Jewish Studies, on her new publication “Signs and Wonders: A Beginner’s Guide to the Miracles of Jesus” From a review: “Amy-Jill Levine has the rare and wonderful gift of…

Our JS interim director and professor, Julia Cohen, has recently published a short article titled “American Days, Turkish Nights” about Turkish Jews in the US. Congratulations Julia! Read more here at: http://www.sephardiclosangeles.org/portfolios/american-days-turkish-nights/ Professor Judy Klass currently has three of her… 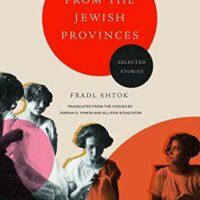 On Sunday, February 21, Dr. Amy-Jill Levine delivered a virtual sermon for the First Sunday in Lent titled Listening for Dinah at the Riverside Church in the City of New York. Stream the entire service here.

In this episode of The Bible for Normal People Podcast, Pete and Jared talk with Amy-Jill Levine and Marc Brettler about some of the themes of their new book, The Bible With and Without Jesus as they explore the following questions: How… Allison Schachter, Chair of the Department of Jewish Studies, has a new publication in De Gruyter titled “Jewish Writing and Gender between the National and the Transnational” in Disseminating Jewish Literatures. Allison’s piece can be accessed here. De Gruyter publishes…

Ari Joskowicz, Associate Professor of Jewish Studies, European Studies and History and the Director of the Max Kade Center for European and Jewish Studies, published an article for the October 2020 issue of the American Historical Review (AHR) titled “The… David J. Wasserstein, Professor of History and Jewish Studies, has written a new piece for the University of Chicago’s Divinity School titled, Halting the Hajj. This article explores the social, political and religious fallout of this year’s (all but) canceled… David Price’s article “The Sincerity of Their Historians”: Jacques Basnage and the Reception of Jewish History” recently appeared in the Spring 2020 issue of the Jewish Quarterly Review. Price is a Professor of Religious Studies and Jewish Studies, specializing in the history… 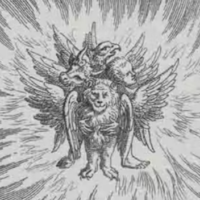 Our professor Judy Klass won first prize in the One Act category for her short play, “Untethered,” in the William Faulkner Literary Competition.  Mazel tov, Judy – what a great to start off 5780!  !שנה טובה ומתוקה Amy-Jill Levine was interviewed on the podcast The Bible for Normal People for an episode titled “Jesus, Judaism, & Christianity.”   Listen to the podcast here. Allison Schachter wrote a review for On the Landing: Stories by Yenta Mash, translated by Ellen Cassedy, for In Geveb, a journal of Yiddish studies. Excerpt: “Yiddish literary history is an unfinished project, still in many ways in its infancy…. David Wasserstein has written the May 2018 “Fragment of the Month” for the Cambridge University Library website. His topic is the Mishnah with Judeo-Arabic translation. Read the full article here. Adam Meyer has written an article titled, “Occupying the Middle: Italians, Jews, and Racial Positioning in Edward Lewis Wallant’s The Pawnbroker and John A. Williams’ Sons of Darkness, Sons of Light” for the Journal of Ethnic American Literature. David Wasserstein has written an article for The Conversation about the recent discovery of a mummy in Iran that has significant consequences for the current political climate. Read the article here. David Wasserstein has reviewed Belonging: The Story of the Jews 1492-1900 by Simon Schama for The Tablet (UK). Read the entire review here. American Jewish History, a publication by Johns Hopkins University Press, has published a new article by Shaul Kelner entitled, “The American Soviet Jewry Movement’s “Uneventful” 1968: Cold War Liberalism, Human Interest, and the Politics of the Long Haul.” You can…

Jewish Studies professor Robert Barksy, along with David Maraniss, edited the latest volume of AmeriQuests, entitled “Border-Crossing in Law and Literature.” This issue features a series of timely position papers regarding current issues in border-crossing, as well as a… From Fordham University Press: Given the vast inventory of verbal and visual images of nonhuman animals–pigs, dogs, vermin, rodents, apes disseminated for millennia to debase, dehumanize, and justify the persecution of Jews, Bestiarium Judaicum asks: What is at play when… From Yale University Press: A medieval Islam historian’s incisive portrait of ISIS, revealing the group’s deep ideological and intellectual roots in the earliest days of Islam With tremendous speed, the Islamic State has moved from the margins to the center…

The Journal of Politics, Religion and Ideology just published a special review forum on Ari Joskowicz’s co-edited volume Secularism in Question: Jews and Judaism in Modern Times. Read the article here. Additonally, Professor Joskowicz has a new article in Jewish…

Secularism in Question: Jews and Judaism in Modern Times Ari Joskowicz and Ethan B. Katz, Editors University of Pennsylvania Press, 2015 From the publisher’s website: For much of the twentieth century, most religious and secular Jewish thinkers believed that they… This ground-breaking documentary history contains over 150 primary sources originally written in 15 languages by or about Sephardi Jews. Designed for use in the classroom, these documents offer students an intimate view of how Sephardim experienced the major regional and world events of the modern era. They also provide a vivid exploration of the quotidian lives of Sephardi women, men, boys, and girls in the Judeo-Spanish heartland of the Ottoman Balkans and Middle East, as well as the émigré centers which Sephardim settled throughout the twentieth century, including North and South America, Africa, Asia, and Europe.

The Cairo Geniza is the largest and richest store of documentary evidence for the medieval Islamic world. This book seeks to revolutionize the way scholars use that treasure trove. Phillip I. Ackerman-Lieberman draws on legal documents from the Geniza to reconceive of life in the medieval Islamic marketplace.

Becoming Ottomans: Sephardi Jews and Imperial Citizenship in the Modern Era By Julia Phillips Cohen Oxford University Press, 2014 From the publisher’s website: The Ottoman-Jewish story has long been told as a romance between Jews and the empire. The prevailing view is that…

The Ottoman-Jewish story has long been told as a romance between Jews and the empire. The prevailing view is that Ottoman Jews were protected and privileged by imperial policies and in return offered their unflagging devotion to the imperial government over many centuries. In this book, Julia Phillips Cohen offers a corrective, arguing that Jewish leaders who promoted this vision were doing so in response to a series of reforms enacted by the nineteenth-century Ottoman state: the new equality they gained came with a new set of expectations. Ottoman subjects were suddenly to become imperial citizens, to consider their neighbors as brothers and their empire as a homeland.

The Modernity of Others: Jewish Anti-Catholicism in Germany and France By Ari Joskowicz Stanford University Press, 2013 From the publisher’s website: The most prominent story of nineteenth-century German and French Jewry has focused on Jewish adoption of liberal middle-class values.The Modernity…

The most prominent story of nineteenth-century German and French Jewry has focused on Jewish adoption of liberal middle-class values. The Modernity of Others points to an equally powerful but largely unexplored aspect of modern Jewish history: the extent to which German and French Jews sought to become modern by criticizing the anti-modern positions of the Catholic Church.

A Jew’s Best Friend discusses specific cultural manifestations of the relationship between dogs and Jews, from ancient times to the present, highlighting the constant tension between domination/control and partnership which underpins the relationship of humans to animals, as well as the connection between Jewish societies and their broader host cultures.

Spanning from 1894 to 1974, Diasporic Modernisms traces the development of a diasporic aesthetic in the shifting centers of Hebrew and Yiddish literature, including Odessa, Jerusalem, Berlin, Tel Aviv, and New York. Through an analysis of Jewish writing, Schachter theorizes how modernist literary networks operate outside national borders in minor and non-national languages.

Passed down for generations, compiled between 500 and 100 BCE, and finalized around the time of Jesus, the various accounts in the Hebrew Bible took shape under a variety of cultures. Knight and Levine explore this diverse history and equip us with the critical tools necessary to understand what the ancient texts originally meant.

Mapping the dissemination of and interrelationships among corporeal signifiers in German-speaking cultures between the Enlightenment and the Shoah, The Other Jewish Question will appeal to readers interested in psychoanalysis, in Jewish studies, in cultural studies, and in the whole question of “the body.”

Although major New Testament figures were Jews, living in a culture steeped in Jewish history, beliefs, and practices, there has never been an edition of the New Testament that addresses its Jewish background and the culture from which it grew–until now. In The Jewish Annotated New Testament, eminent experts put these writings back into the context of their original authors and audiences, and explain how these writings have affected the relations of Jews and Christians over the past two thousand years.

Since 1999 hundreds of thousands of young American Jews have visited Israel on an all-expense-paid 10-day pilgrimage-tour known as Birthright Israel. This ethnographic analysis provides an on-the-ground look at this hotly debated and widely emulated use of tourism to forge transnational ties.

This volume celebrates the depth and breadth of Jewish philosopher Moses Maimonides’ (1138–1204) achievements. The essays gathered here explore the rich diversity of a heritage that extends over eight hundred years.

Through a symptomatic reading of Freud’s corpus, from his letters to Fliess through the case of Little Hans to Moses and Montheism, this book demonstrates how “circumcision”—the fetishized signifier of Jewish difference and source of knowledge about Jewish identity—is central to Freud’s construction of psychoanalysis.

Amy-Jill Levine helps Christians and Jews understand the “Jewishness” of Jesus so that their appreciation of him deepens and a greater interfaith dialogue can take place. Levine’s humor and informed truth-telling provokes honest conversation and debate about how Christians and Jews should understand Jesus, the New Testament, and each other.