CLAS’s steering committee composition reflects our faculty base. Our hybrid model consists of seven elected or appointed positions that rotate on a staggered 2-year term. Representatives from core LAS departments will be elected: Spanish and Portuguese (odd years), History (odd years), Political Science (even years), Anthropology (even years). Representatives from the professional schools and other departments will be appointed: Peabody/Law/Business (odd years), Medicine/IGH/VSN (even years) and Other (even years). This composition was proposed to the CLAS Steering Committee May 2010 and enacted in August 2010. 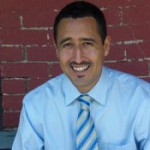 Celso Castilho, History (email)
Celso Thomas Castilho is an Assistant Professor of History at Vanderbilt University, where he was hired initially as a post-doctoral fellow in 2008.  His research and teaching interests align around the themes of performance and citizenship, racial and gender formations, and comparative slavery and abolition. With Professor Jane Landers, he co-directs the Circum-Atlantic Studies Seminar, funded by the Robert Penn Warren Center for the Humanities. View faculty page Earl Fitz, Spanish and Portuguese (email)
As a Professor of Portuguese, Spanish, and Comparative Literature at Vanderbilt University, Professor Fitz has pioneered the application of comparative methodologies to the study of both Brazilian and Spanish American letters, the use of literature written in Spanish and Portuguese to comparative scholarship, and to the establishment of a new Ph.D. track concentrating on inter-American literary study. Professor Fitz also encourages a comparative approach to the literature of Spain and Portugal and to the development of Comparative Iberian Studies as an emerging field. View faculty page Maria Luisa Jorge, Earth and Environmental Studies (email)
Malu’s research interest is to understand how large mammals choose the habitats they use and how human activities (e.g. land-use and land-cover changes) affect their long-term persistence. Large mammals are fundamental for community and ecosystem structure as they usually represent the largest biomass of an area, they occupy distinct trophic levels (top predators, meso-predators, herbivores) and they are frequently the first ones to disappear from areas where there is human interference, because of direct (poaching) and indirect effects (habitat reduction, increased isolation, domestic diseases). View faculty page Ryan Middagh, Blair School of Music (email)
Ryan Middagh is the director of jazz studies at the Blair School. Middagh is an innovative educator, composer, arranger, saxophonist, band leader and clinician who has traveled the globe sharing his unique blend of talents and musical influences with audiences and music students. A passionate advocate for jazz education at all levels, he pursues creative programming and is devoted to reaching diverse communities through jazz. View faculty page Tiffiny Tung, Department of Anthropology (email)
Dr. Tung is a bioarchaeologist who examines mummies and skeletons from archaeological contexts to evaluate the health and disease status of ancient populations from the Peruvian Andes. Her primary research focuses on the ‘bioarchaeology of imperialism’, which includes the study of paleopathology and violence-related trauma to elucidate the impact of imperialism on community health and lifeways and individual life histories. View faculty page Brent Savoie, Medicine/IGH/VSN (email)
Assistant Professor at Vanderbilt University School of Medicine in the Department of Radiology and is the Section Chief of Cardiothoracic Imaging. Founder of Primeros Pasos, a community health program that has provided communities in Western Guatemala with both preventive and curative medical services since 2002. Brent has published on topics related to health and human rights law- focusing on the impact of intellectual property law on access to pharmaceuticals and medical technology. As part of his research in this area he worked as a legal fellow with Physicians for Human Rights. View faculty page